Malaysia has a colourful history that showcases its struggles and victories over the past few centuries. Its rich experience over the years gives the country a lot of historical places which play a big role in its overall character and charm. Here are some of the most famous and favourite places in the country. 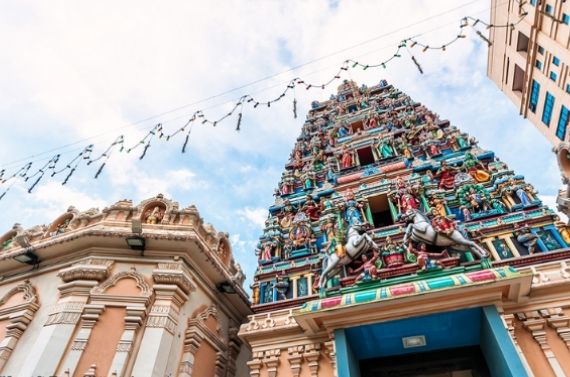 Sri Maha Mariamman Temple, located in Chinatown area of Kuala Lumpur, is the oldest temple of Goddess Mariamman, the manifestation of Goddess Parvati and the oldest Hindu temple in the city. The Mariamman Temple is beautifully crafted and designed in the Dravidian architecture, having a Raja Gopuram Tower at the entrance. It is a symbol of the divine power of God and the positivity of his place of worship especially for the Tamils who look upon Goddess Mariamman as their protector in an unknown land. Sri Maha mariamman Temple experiences a huge crowd especially during festivals of Diwali and Thaipusam in which there is a long procession to the Batu Caves carrying containers of milk to offer to Lord Muruga. 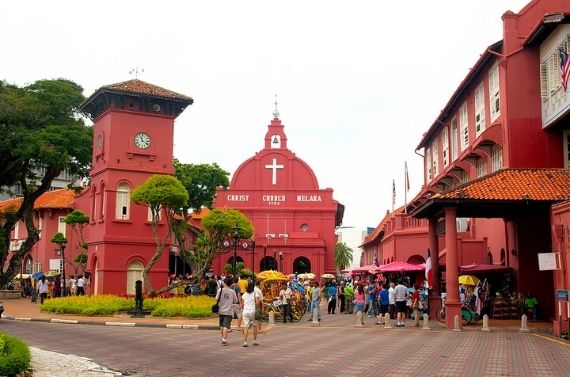 Located on Jalan Gareja or Church Street, Christ Church Malacca is an 18th-century Anglican church. One of the defining structures of Melaka, it is the oldest functioning Protestant church in Malaysia. Christ Church is still a working church in Melaka. In fact, it is quite popular, and sees quite a few visitors, especially during services. There are some very esoteric artefacts and objects in the church, behind which there are undiscovered stories like church bells. It is definitely for those who want to believe in and marvel at Christianity and immerse themselves in Melaka's rich culture and history. 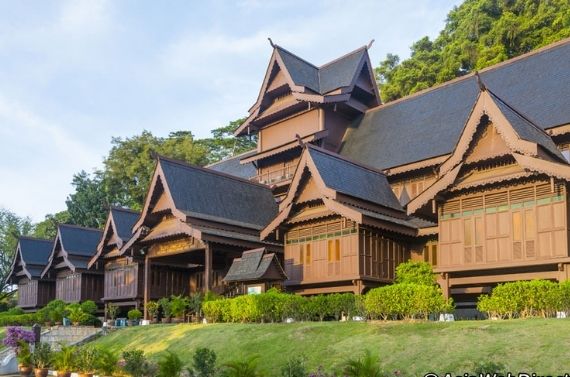 The Melaka Sultanate Palace, located at the bottom of St. Paul's Hill, is a replica of the 15th-century palace of Sultan Mansoor Shah. Also known as Muzium Kebudayaan or Cultural Museum, it has now been converted into a museum of heritage and history of the Malay Sultanate. The three-storey Melaka Sultanate Palace Museum is divided into eight chambers with traditional dress, art, weapons, jewellery and other artifacts on display. The museum also has three galleries, which show local legends through the dioramas. A major attraction is the sculpture of the Sultan's head, which stands in the centre of the museum's garden. An icon of 15th-century Malaysian architecture, the Melaka Sultanate Palace was constructed with traditional architectural methods and was built without the use of a single nail. The palace is supported by wooden pillars and covered with copper roofs. 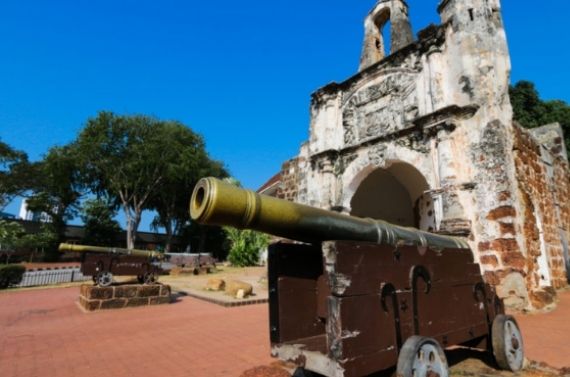 A former Portuguese fort, A'Famosa is one of the oldest surviving European architectural remains in Southeast Asia. One of the famous sightseers of Malacca, the only remaining part of the fort is a small gate house, known as Porta de Santiago. A'Famosa ruins are a wonderful place for photography lovers, who can capture some stunning images of this crumbling structure. History lovers should note that A'Famosa was once home to a whole lot of Portuguese administrative officials. 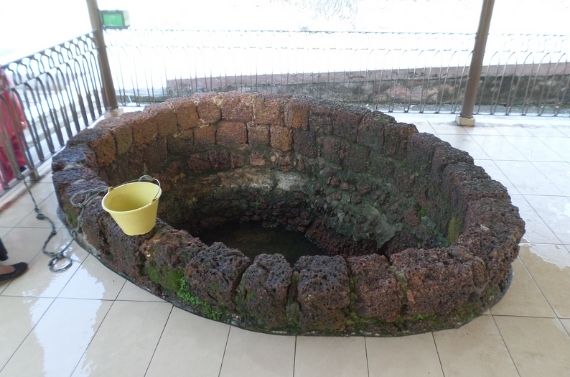 The 6-meter-deep well dug by Hang Tuah for its own use is known as Hang Tuah's Well. It is located in Kampung Duong, Malacca, Malaysia. On 29 September 1977, according to the Antiquarian Act, Hang Tuah well was declared a historical place. Presently, it is a grand museum and tourist centre, dedicated to Hang Tuah, a popular Malay hero. The main building shares some of the legends, myths, and history of Hang Tuah. It also includes the latest models, videos, attractive displays, and the latest technologies to entertain visitors. When you are here, you will not feel bored. It has been declared one of the famous historical places of Malaysia. 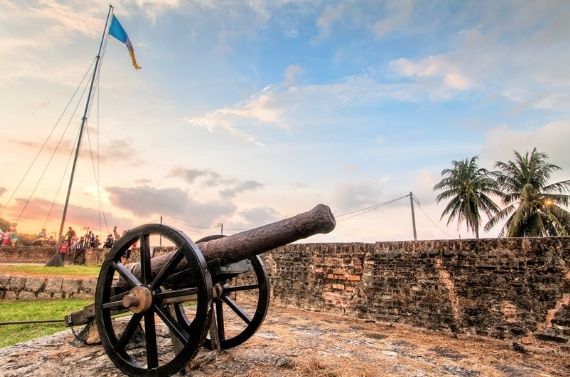 It was built by the British East India Company in the late 18th century. It is the largest fort named after Charles Cornwallis, Governor General of Bengal. Fort Cornwallis was more commonly used for administrative purposes than defensive. The Sikh police of the strait captured the fort in the 1920s. It is now one of the major tourist attractions. Many marriages were held in the fort's chapel. There are also old cannons inside the fort. In addition, the skeletons of the fort are steel houses that are 21 meters in size in the north-eastern end of the fort. It is said to be one of the largest forts in Malaysia. 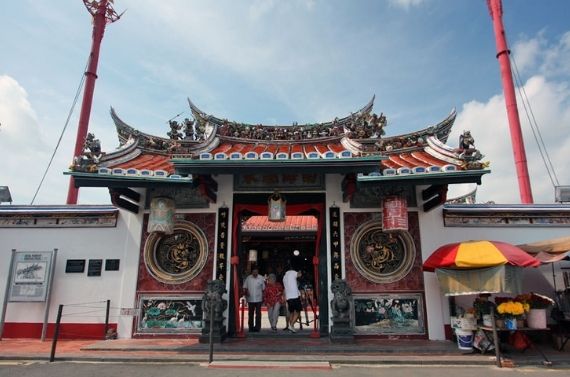 Cheng Hoon Teng is an important tourist destination included in all packages in Malaysia. Cheng Hoon Teng is a famous Chinese temple. It is one of the oldest temples in Malaysia. The temple practices the three-principle system of Buddhism, Confucianism and Taoism. The temple is located on Harmony Street close to many other famous Malaysia tourist attractions. This temple is located in an area of ​​about 4600 square meters. Rich in interiors, it has a grand main gate and various halls for worship. The main hall is dedicated to Kuan Yin, the goddess of mercy. The temple also has an opera theatre. One of the most standout features is the 7-meter red flag pole in the temple. The architecture follows the principles of Feng Shui. Surrounded by river and ground view, Cheng Hoon Teng was given the UNESCO Award in 2003. It is completely worth it for its magnificent architecture. Thus, it is one of the best historical places in Malaysia. 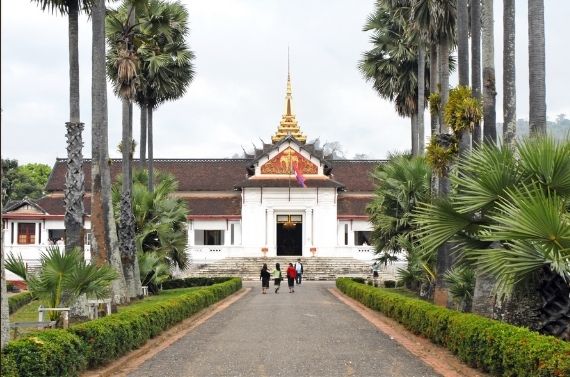 The Royal Palace in Luang Prabang, Laos, was built in 1904 during the French colonial era for King Sisavang Vong and his family. The venue for the palace was chosen so that official visitors to Luang Prabang could descend directly from their river voyages under the palace and get there. After the death of King Sisavang Vong, the Crown Prince Savang Vatthana and his family were the last to occupy the grounds. In 1975, the monarchy was overthrown by communists and the royal family was again moved to education camps. The palace was then converted into a national museum. The architecture of the palace combines traditional Lao motifs and French Beaux-Arts styles. It was placed in a double-cruciform shape with an entrance on one side of the lower crossbar. Above the entrance is a three-headed elephant, surrounded by the sacred white umbrella, which is the symbol of the Lao monarchy. The entry steps are made of Italian marble. There are royal religious objects on display in the large entrance hall. 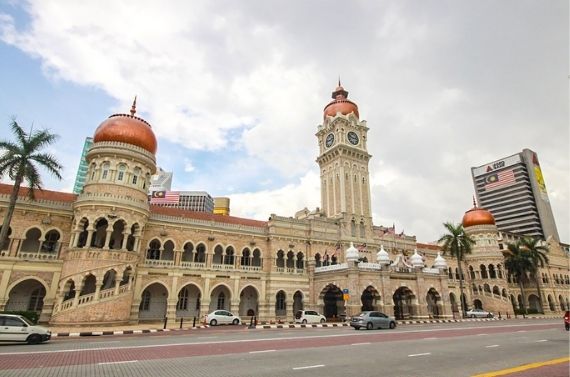 The Sultan Abdul Samad Building is a late nineteenth-century building with Jalan Raja opposite Dataran Merdeka and the Royal Selangor Club in Kuala Lumpur, Malaysia. The building was originally located in the offices of the British Colonial Administration and was known as government offices in the early years. It was renamed after Sultan Abdul Samad in 1974, when Sultan, the ruler of Selangor, began construction. The building houses both the Ministry of Communications and Multimedia and the Ministry of Tourism and Culture of Malaysia. It once held the country's best courts: The Federal Court of Malaysia, the Court of Appeal and the High Court of Malaya. The Federal Court and the Court of Appeal moved to the Palace of Justice in Putrajaya in the early 2000s, while the High Court of Malaya moved to the Kuala Lumpur Courts Complex in 2007. 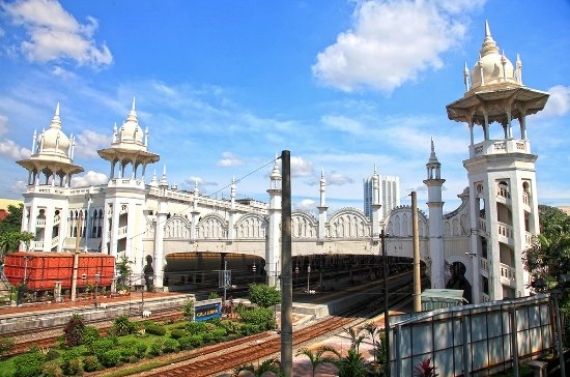 Kuala Lumpur Railway Station is a railway station located in Kuala Lumpur, Malaysia. In 1910 completed to replace an old station at the same station, the station was the railway hub of Kuala Lumpur for the Federated Malay States Railway in the city and its successor, Kerati Tanah Malayu, before Kuala Lumpur Central in 2001 He played his role in . The station is notable for its architecture adopting a mix of eastern and western designs. The station is located along a road named Jalan Sultan Himaduddin, formerly known as Vijay Avenue, which was part of Damasara Road. The station is located adjacent to the similarly designed Railway Administration Building, as well as the National Mosque and DAYABUMI COMPLEX. The Pasar Seni station is located 400 meters across the Klang River.