CMCO was introduced in order to reopen the national economy in a controlled manner. This plan was a relaxation of regulations of the MCO.

RMCO was announced to allow interstate travel except in areas remaining under the Enhanced Movement Control Order (EMCO). This plan was a relaxation of the regulations of the CMCO.

Movement outside MCO, CMCO, and RMCO areas are allowed for employees, subject to the employer's letter of confirmation, or employee-pass.

For self-employed, an operating approval letter/business license from the local authority is required.

Vehicles carrying employees, including private vehicles, are allowed to operate in compliance with SOPs.

Business events related to meetings, incentives, conventions, and exhibitions are allowed to operate at 50% of the capacity of the premises, in accordance with social distancing norms, SOPs, and mandatory wearing of face masks. Social, community, and cultural events that involve large gatherings are not permitted. Religious activities and all congregational activities are not allowed.

Sports activities involving large gatherings, body contact, and other risks of infection are not allowed, including all indoor and stadium sports events. Outdoor sports in small groups without an audience and involving not more than 10 persons are allowed on the condition that social distancing is in place.

Interstate traveling is not allowed except for work purposes and to return home after being stranded in the hometowns or elsewhere.

The Government allowed three people from the same household per car and lifted the limit on the number of diners allowed at restaurants in areas under the Conditional Movement Control Order (CMCO) including Kuala Lumpur. 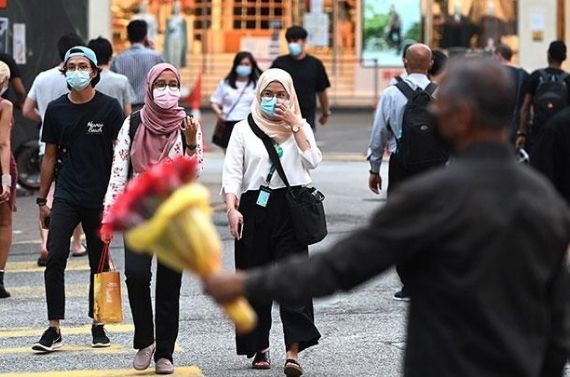 In most areas, certain religious activities are allowed, but with many restrictions. The limit to the number of attendees increased from 40 to 150 gradually, subject to the occupying capacity of the premises Social distancing and other guidelines to be followed mandatorily.

2. Official meetings, travelling, and other activities

Activities like meetings, exhibitions, travel and trade fairs, spa, wellness, and reflexology centers are allowed to operate in accordance with physical distancing norms and SOPs. Travelling is allowed between RMCO areas.

Sea and river recreational activities such as scuba diving, snorkeling, and fishing are now allowed in Sabah, in compliance with the standard operating procedures.

The number of passengers for open and closed fast boats used to ferry individuals for sea and river recreational activities is also allowed according to the capacity that is subject to the physical distancing rule of one meter between passengers.

• Food delivery services are allowed to operate, from 6 am to midnight.

• Government-run and private clinics and hospitals can operate for 24 hours, or according to the guidelines. Pharmacies and shops that dispense medication can operate from 8 am to midnight.

• The pumping operation hours at petrol stations will be from 6 AM till midnight. Petrol stations on highways are allowed to operate 24 hours.

• The Conditional Movement Control Order (CMCO) is extended for another two weeks in Kelantan, Penang, Selangor, Kuala Lumpur, and Johor until 31st March 2021; and Standard Operating Procedure regarding ongoing CMCO has been released.

• Travel between Kuala Lumpur and Selangor is now allowed, but a movement to other areas under the CMCO is still not permitted except with PDRM's permission.