Malaysia, the South Eastern Country in Asia is one of the famous tourist destinations, where people from all around the world visit. Enriched with beautiful islands, colonial towns, luxury resorts beautiful tourist spots and natural attractions such as rainforests and beaches, Malaysia is a perfect amalgamation of various cultures and food values due to tourism. Malaysia has a happy mix and high rate of cultural influence from places all around the world such as China, Europe, and India.

Malaysia tends to offer two distinct varieties of experiences, the peninsula, and Borneo which is an island that is shared with Indonesia and Brunei. It can be said that western Malaysia or the peninsular area is said to be a perfect amalgamation of Malay, Indian and Chinese flavors with an efficient and modern capital, Kuala Lumpur. Malaysia Borneo island tends to hold some of the interesting tourist attractions with a large variety of wide jungle, orangutans, remote tribes and granite peaks.

According to the official reports, almost 2 million foreign tourists visit Malaysia every year. Here`s a look into 7 Tourist Spots in Kuala Lumpur(KL) that is a must-visit in 2020! So read on- 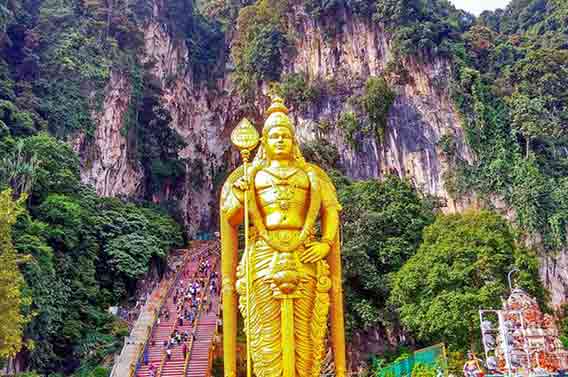 Travelers who tend to visit the Batu Caves near Kuala Lampur are pleasantly welcomed with some pretty amazing Hindu arts. The three main caves that constitute the Batu caves are considered as one of the most famous Hindu shrines situated outside India which attracts thousands of worshippers every year especially during the Thaipusam, a famous Hindu festival celebrated annually. One of the most striking features of the Batu cave is the giant statue of the Hindu god. It can be reached by climbing around 272 steps to the Cathedral Cave.

Plane in the city 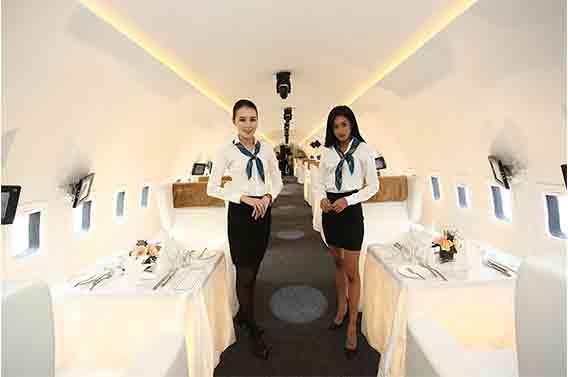 Located in the heart of Kuala Lumpur (KL), “Plane in the city '' restaurant tends to provide a unique 90 minutes experience while enjoying a nice family dinner in a grounded Boeing 737 aircraft. One could experience having a fine meal prepared by the 5-star hotel, Le Meridien Kuala Lumpur (KL), in addition to enjoying nice music. The visitors could enjoy walking on the wings of the aircraft, take a selfie while sticking your head out of the pilot's cockpit. One could also take photos with the beautiful interiors and the turbines of the plane, with an exciting real-life flight simulation experience. Visitors could book Economy class, Business class or First class package as per choice or requirements. For more details, one should definitely visit the official website. 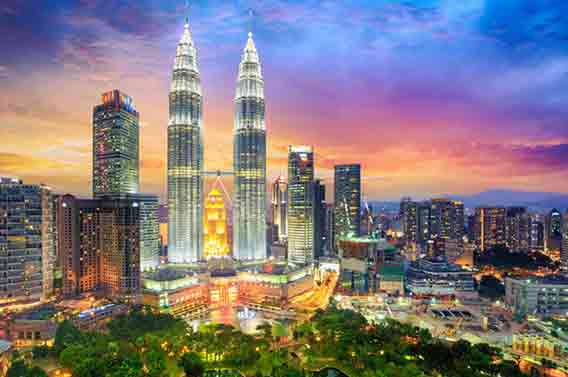 Considered as one of the most famous attractions of Kuala Lumpur, Petronas Twin Towers is said to be the tallest twin structure in the world. With a mind-boggling 88-storey, the following structure features a sky bridge, the double-decker connection between the two-tower, in addition to the headquarters for the Petronas company and other offices.

The Petronas Twin Towers have an Islamic inspired architectural structure with a well maintained KLCC Park surrounding it. One can explore this attraction with the help of a 170 meters elevator inside. 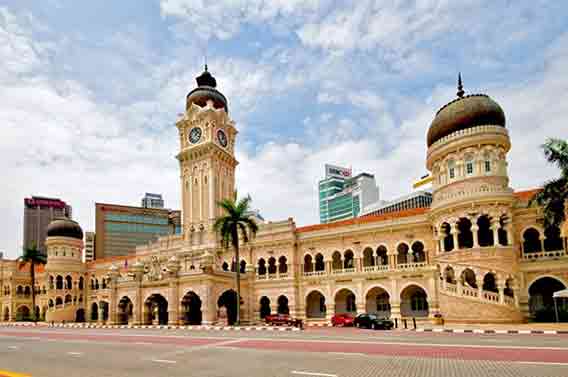 Located in the Merdeka Square of Kuala Lumpur (KL), Sultan Abdul Samad Building was constructed in the year 1897 according to the early Moorish style structure. Made entirely with brick, this historic landmark was named after the ruling sultan during that era. In addition, it was also the home to the Ministry of Information Communication and Culture.

Sultan Abdul Samad Building continues to remain as the star attraction for all the tourist because of its gothic and western influences that could be seen in the design style. The 41-meter high clock tower is the main point of attraction. 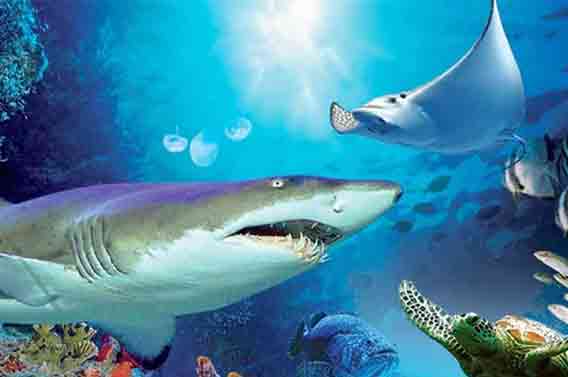 Considered as one of the top tourist attractions in Kuala Lumpur (KL), Aquaria is said to be one of the largest aquariums in Southeast Asia and is ideal for all age groups. Aquaria is the home to around 150 species and 5000 varieties of marine life. Some of the star attractions of Aquaria may include tiger sharks, seahorses, the sea snakes, the bright coral fish, the Amazon Basin, and the coral reefs. The tourists can also keep a lookout for all the fish feeding activities. 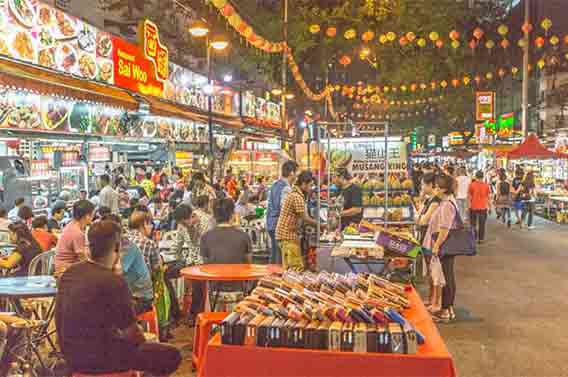 Jalan Alor can be considered as the hidden gem of Kula Lumpur in true sense. Situated in the busy streets of the city, Jalan Alor is well known for its lip-smacking street food like seafood and meat delicacies at an affordable price. One should keep a tack of the fluorescent signboards and the Chinese lanterns and you would be able to reach the favorite eating place of the locals.

The lost world of Tambun 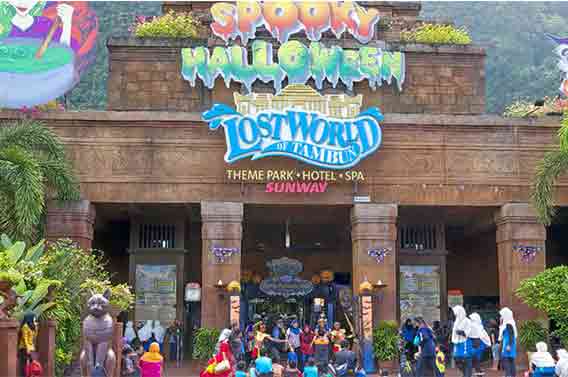 In order to enjoy a fun-filled adventurous day with family and friends, the lost world of Tambun is must visit. This uniques wonderland is surrounded by lush green and dense forest which consists of natural hot springs, beautiful limestone hills which is as old as 400 million years and has almost seven different theme parks. It is a paradise in itself!